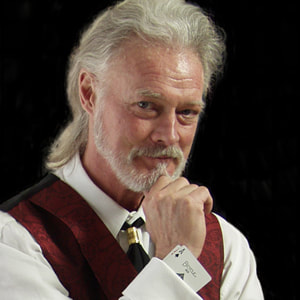 Magician Steven Carlson
﻿﻿ Born the year and hour of the Dragon

Steven Carlson was born in Minneapolis Minnesota on January 11th, 1953 - 7:56 AM: according to Chinese astrology that was the year of the Dragon, in the hour of the Dragon.  An interesting note: the Chinese Dragon is described as artistic, creative and blessed with magical abilities… hmm that's intriguing ;-)

According to the Western zodiac, that would be a Capricorn.

Steven, not necessarily a proponent of astrology, says he does favor the image of a dragon to that of a goat.

At the age of five Steven knew he was going to be an artist (he regrets wasting the first four years of his life).  Over the next 60+ years Steven would study, practice and master three artistic disciplines, the visual arts, the magical arts and the martial arts. 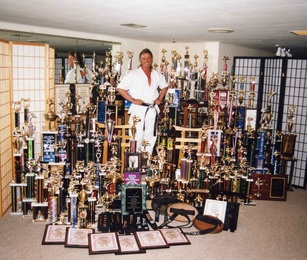 Steven's awards from martial arts competitions 1990-1998
Steven is an award winning, nationally recognized portrait artist and illustrator. (click for link)  He is also a fifth degree black belt in martial arts with 12 World Championship and 32 International and Grand Championship titles to his name. In light of this, the magical arts as an additional career may seem a bit strange and unusual!  But then magicians seldom do things that aren’t strange and unusual, right?

Making the impossible possible!   That is what drew Steven into magic.  He recalls, at a very young age, seeing an actor in a movie rolling a coin across his knuckles!  Steven went straight home, found a silver dollar, figured out how to do it and then began to practice.  That is how it all began.
Taking close-up magic to a distinguished level of artistic, high impact entertainment. 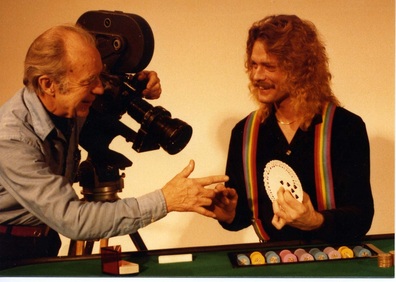 Steven Carlson on the set of the movie Jackpot, 1981
It was the art of sleight-of-hand magic that fascinated Steven.  It's performed within the magician’s hands and the magic happens within inches of the audience.  It's the most stunning and challenging form of magic!

For nearly 40 years Steven has been performing his unique style of sleight-of-hand magic for outstanding companies and corporations throughout the USA.  He has performed on numerous television shows.  He also appeared in the full-length motion picture film Jackpot.  Jackpot was produced and directed by Academy Award nominee, John Goodell.  Steven performed the numerous playing card, poker chip and coin manipulations throughout the gambling scenes.

Steven was the resident close-up magician at the Excalibur Hotel and Casino in Las Vegas, NV., from 1999-2001. 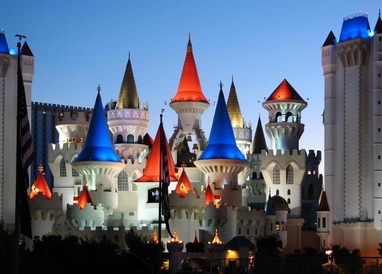 Steven Carlson, close up magician at the Excalibur Hotel and Casino in Las Vegas, NV
Today Steven continues to perfect and fine-tune his unique magical technique, taking his magical skills and performance to higher levels of magical entertainment.